How to effectively remove smoke odor

Countless people indulge in nicotine every day and relax with a cigarette. Smoking serves primarily as a distraction or stress relief and a cozy cigarette brings for the smoker also an everyday timeout with it. The problem that often disturbs both non-smokers and smokers in this process is the unpleasant smoke smell. Although there are smokers who do not notice this smell in their own home or on their own clothes, other people often find the smell of smoke penetrating and disturbing. There are however quite possibilities like the unpleasant smoke smell directly after the benefit of a cigarette of the smoker can be removed.

The possibilities with which the smell of smoke can be removed are quite diverse. However, it also depends on how strongly a smoker indulges in his addiction. As a rule, it is rather cold and stale smoke in enclosed spaces such as a car or an apartment that is perceived as disturbing. For this reason, the smell of smoke should be neutralized directly by an odor neutralizer or odor eliminator.

In living rooms or closed rooms, the smell of smoke is usually difficult to escape. Therefore, it should be mandatory in any case, after enjoying a cigarette to ventilate the room well, so that the smoke can escape from the open windows. Here the smoker should know however that cigarette smoke in the cold yearly months only very badly pulls off. In these months, odor neutralizers are a very good alternative to remove the smell of smoke.

Known means for masking the smell of smoke

Vinegar as a miracle cure

There is also a natural remedy that works wonders against very unpleasant smoke odors. Vinegar will certainly know every adult person, since this means is known by its very strong acidic smell. One reason why vinegar should not be missing in any household is the fact that vinegar can really soften any smell or even make it disappear. Of course, the vinegar essence should not be used in its original liquid, because this smell is really penetrating and also has a lasting effect.

Accordingly, the vinegar liquid must be previously boiled in a small pot, so that it can really effectively develop its effect with regard to the smoke odor. Moreover, vinegar only works well in rooms, for the removal of smoke odor from clothing vinegar is not recommended. Here heat helps against smoke smell. The prejudice that smoker's clothing is best aired out well is a big mistake. Rather, the clothes should only be aired out in the fresh air during the warm summer months. However, during the cold season, the clothes can be placed over the radiator. An hour on the radiator helps very effectively to remove the annoying and unpleasant smell of smoke from the clothes.

What really helps you on the road

All these possibilities have one thing in common: They work very well but they are absolutely not suitable for on the road. While the cigarettes for a passionate smoker have become a constant companion is unlikely to have a smoker on the road vinegar or even the possibility to boil the vinegar essence in its basic form for odor elimination. However, since the cigarette is enjoyed in a variety of situations as a break in between, it is all the more convenient if an effective remedy against the unpleasant smell of smoke is also immediately available at hand.

There is a very effective odor neutralizer that does not penetrate the noses of fellow smokers and yet is effective in terms of removing smoke odor effective and reliable services. Basically, every smoker should carry this remedy with them so that the problem with smoke odor comes to an end. 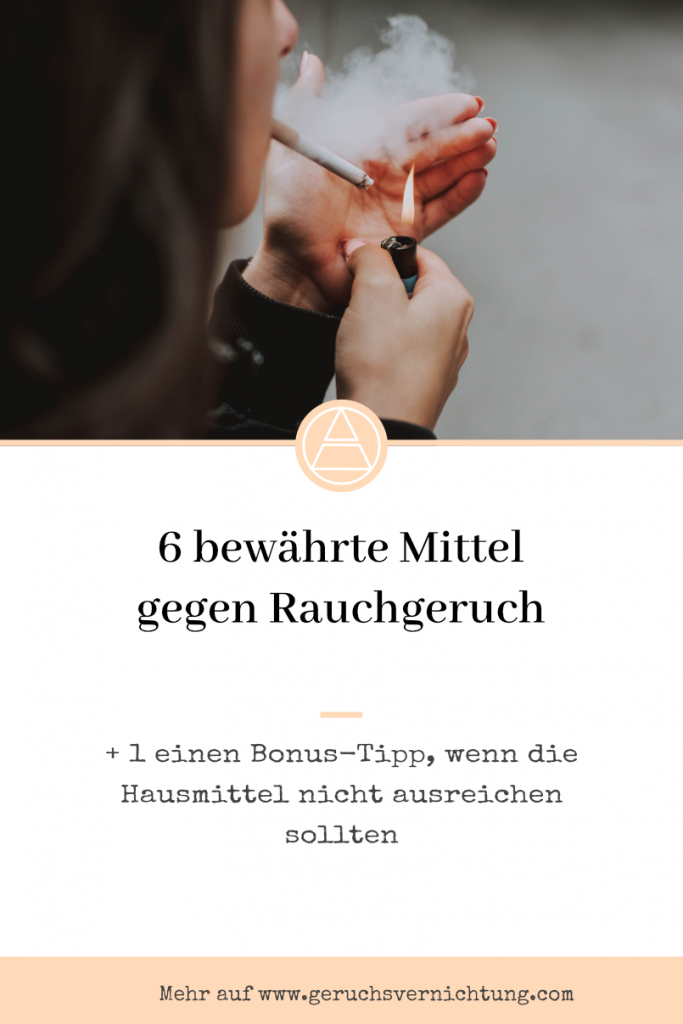